Certainly, you have heard the phrase, “think outside the box.”  It is an appeal to think beyond the usual boundaries of your problem to, hopefully, get creative ideas.

Here is a new phrase to try on: “think outside the biological.”  In medicine, that means to think beyond what a doctor might think the biological cause of an illness is because there just might be something else going on.

I am currently in the process of writing my seventh book.  The working title is: What you think IS the problem is NOT the problem. The book details the importance of clearly defining the problem BEFORE generating ideas.  Unfortunately, most of us are pretty bad with this.

Based on my experience facilitating thousands of Creative Problem-Solving sessions for the last 43 years, 99% of the time what we think is the initial definition of the problem is not the real problem once we dig down. I write more about this in the book. 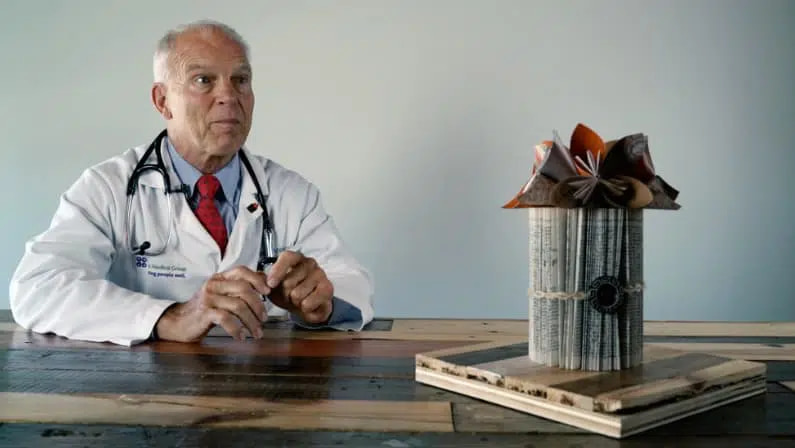 In writing What you think IS the problem is NOT the problem, I am interviewing leaders from agriculture, medicine, government, mediation, business, education, and the arts asking all of them the question, “Can you tell me a story from your field of a time when you discovered your problem was not what it seemed?”

Here is one of those stories as told by Dr. Robert Gatewood, a cardiologist who is board certified in Cardiovascular Diseases and Internal Medicine, and a Clinical Associate Professor at the University at Buffalo, NY.

Here is Dr. Gatewood’s story of “thinking outside the biological.”

Several years ago Sam, a longtime heart disease patient, came to me complaining of increased angina (chest pain due to coronary artery disease) lasting longer and coming on with less exertion. We’d been monitoring his disease for over 20 years, and he was usually relatively stable. I was very concerned. We made a plan to adjust his medications and reconvene a few days later.

When Sam came back for his follow up, he was still having more chest pain than usual despite the increase in medicine.

We started talking about what was going on at home. He reminded me that he and his wife were caretakers for their adult daughter, who suffered from bipolar disease. Recently her bipolar disease had become unmanageable and she was experiencing severe bipolar outbreaks. Her episodes were causing a lot of stress at home.

Sam mentioned that her increased bipolar episodes started about the same time that he began to experience increased chest pains.

At that point, I said, “let’s continue with the increase in medication, but we’re going to get you some help for your daughter.” And so we did.

A week later, Sam’s daughter was much improved and his angina had gone back to its baseline state.

This taught me a lesson.

I shouldn’t jump to conclusions when I see a patient. I had presumed that his angina was due to progression of his disease. In fact, it was due to a social problem at home that I had not initially appreciated.

And there you have it. To get a better diagnosis, look at the big picture so that you can “think outside the biological.” Looking beyond the first answer led Dr. Gatewood to provide more accurate treatment, as well as help his patient and his family. See Dr. Robert Gatewood’s video on Innovation in Medicine.

!I need your help!  If there is an example from your experience of a time when a problem turned out to be different than what it seemed, please drop me a line. I’d love to hear about it, and I’ll reach out to learn more. Who knows, your story could be in my new book!  Email me at [email protected]